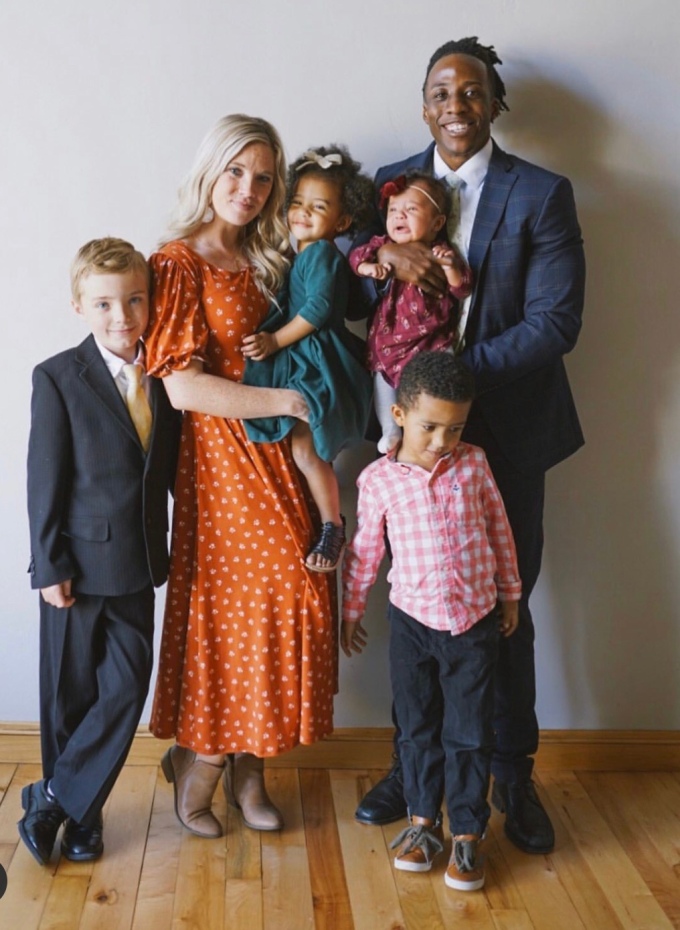 I suppose I realized that things might be different when I married a black man but I didn’t truly understand what “different” meant. When I was in highschool I remember sitting next to a few black boys and overhearing a conversation about their lunch at a nearby restaurant. “Yeah, my order was totally fine, but when I complained about it and asked her if she did it wrong because I was black, she gave it to me for free” then they laughed. That was the “race card” that I understood back then and it wouldn’t be until I was 23 years old that my perspective would shift. I grew up in Utah, a predominately white community with very few minorities. I wouldn’t say that black people were foreign but I didn’t realize how few there really were at the time.

When I met my husband I remember someone asking me if it concerned me that my children would never look like me. Someone else wondered if I was “ready” for the difficulties that would come from marrying someone black, I just thought they were racist…but truly I was just naive. I have 1 son from a previous marriage, he’s white and I didn’t foresee the problems we would experience together because of it. I remember needing to drive two seperate cars home from the movie theater one night, my son wanted to ride with my then boyfriend but then threw a temper tantrum in the car, the kind that makes you want to rip your ears off…thankfully for them, they arrived before me. Over the phone I told him to just take him inside the apartment and I would be there soon. He refused. He told me that he didn’t want to be seen, a black man, carrying a screaming white boy through a dark parking lot. I didn’t understand, not because I didn’t want to but because I guess I had never had to think about something like that. I thought, why wouldn’t you just explain that he’s your girlsfriends son…? Then it would just be over, people would understand, it felt simple. He waited in the car for me to get there. Then one day we were at the zoo, OUR son as we were now married was screaming, I was pregnant and was struggling to carry him. My husband picked him up and was walking a few paces ahead while he screamed when I saw a woman reach for her phone, point and say “We should call someone…that’s not right, somethings wrong.” That night when we were dating suddenly made sense and I understood.

It’s a good thing that we live in a community where there are people with good intentions that notice when a situation may be unsafe but this is where there is a difference. We have had 3 more children in the 7 years that we’ve been married and MANY, too many honestly, a time have I been seen walking from a room, a building, a store with a screaming, very brown child in my arms and no one has ever even cast me a sideways glance. Yet woman have approached my son while he was at the park with my husband and said “honey, where is your mommy?” His response, “I’m here with my Bedford” (my husbands name.) “Do you know him? Do you need me to help you find your mommy?” He’s generally assumed to be the criminal while I’m always viewed as the saint, a woman who adopted black children out of the goodness of my heart and that is where the problem lies.

Years ago, on a piece of work that I wrote about being in an interracial relationship I recieved an overflowing number of comments. People from every side of the coin offering their gratitude, their disagreements, their opinions, their love and their hate. I remember reading through the comments, tears streaming down my face as, for the first time in my life I realized the true hate that exists. The hate that scares you. The hate that steals your sleep at night. Warning, the following comments are vulgar and unsettling but I remember reading them and thinking, “If I hadn’t read these comments myself, because of the naive world that I lived in before, I would never have believed in a world where people still spoke this way.” It is because of that that I want you to see them. I want to shed light on the reality that sometimes exists for us. It’s not pretty and it’s not something that is regularly shared. When sharing these comments in another post earlier this year, one of the comments read, “I highly doubt people really said these things to her. This is the 20th century, people don’t still say those kinds of things” followed by an eye rolling emoji. I believe that it is appropriate to share these comments. Sometimes if you aren’t directly involved it can be easy to dismiss what you can’t see or understand. That is why I believe in shining a light into the darkness so that others can see what hides there. 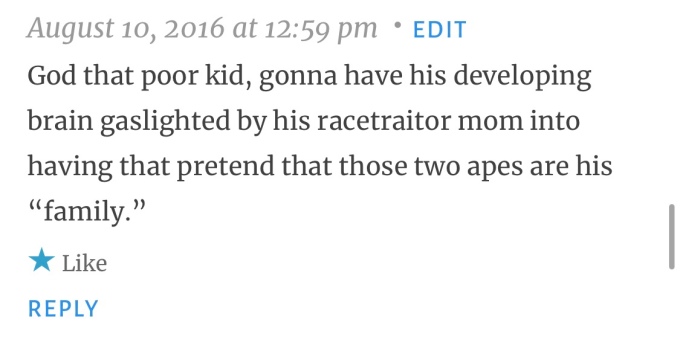 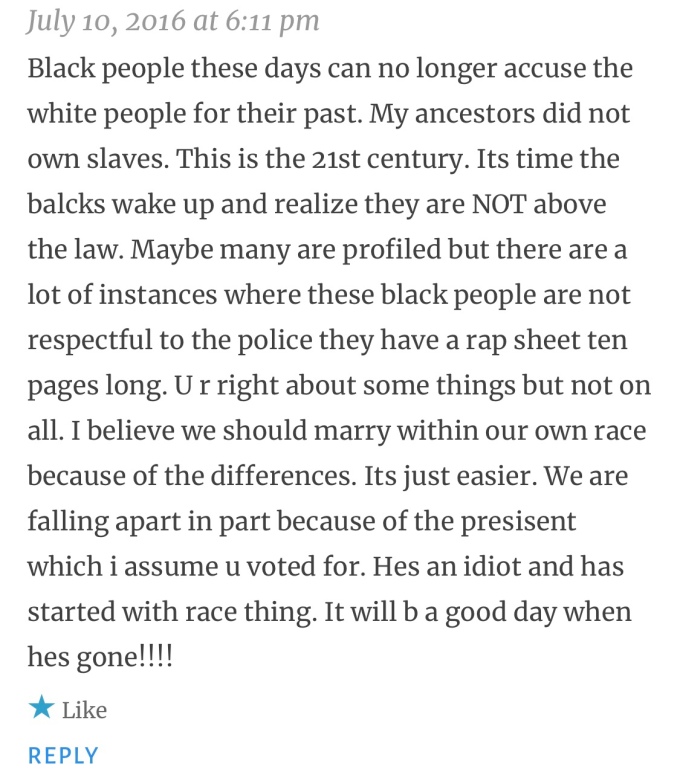 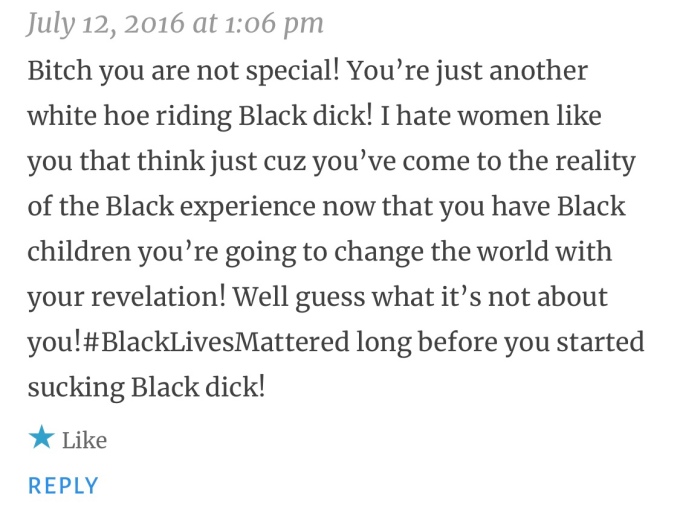 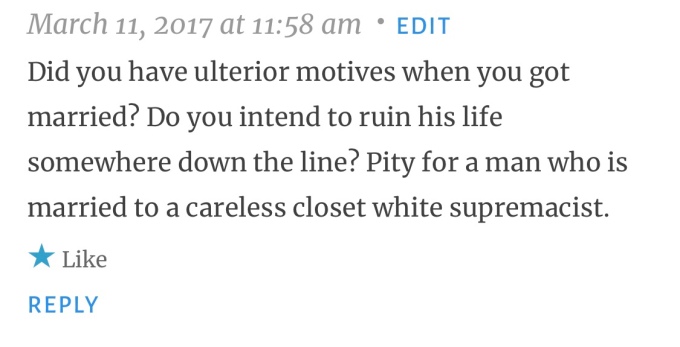 It is because of the overwhelming response of hate that I stopped sharing. It scared me to be open and I had convinced myself that being more conservative about my approach to racism was safer for my family but ignoring racism and not standing up for what is right…is racism. Our impact as a community when we stand up and say “This is not okay!” is invalueable. Educating ourselves and others about what we can do to create a better world for ALL is amoung some of the most important steps we can take to start making a difference.

Conversations about race and racism are hard. It’s hard to know what is acceptable and what isn’t, what will offend and what won’t. Many times over the last 7 years children have asked my husband why his skin is so black or they’ve asked my oldest why his siblings are brown. The child’s question is innocent and comes from a place of curiousity and this is not where corrections need to be made. It’s the very unintentional act from a parent that follows in an attempt to protect our “hurt feelings” that can be improved. Parents generally tend to jump in and apologize profusely, explaining to their child that we don’t ask those kinds of questions. I understand it can feel awkward but please, let them ask. Over the years as children have asked, we’ve simply taken the opportunity to explain that people are born with all different colors of skin and that each is beautiful. In our experience they are always quick to understand and move on as they have recieved the answer to their very sincere question. It’s when we shut the child down and make them feel bad for asking those questions that they now feel uncomfortable and don’t understand why. It is when we silence their curiousity that diversity can become taboo and it can have lasting effects on their views or comfort levels with minorities or others who are different from them as they grow older.

Being in a mixed family has been a learning experience but we wouldn’t have it any other way. I’ve learned that there are still people who see my husband and my children as less than human. I’ve learned that there are people who don’t understand the value of love over skin color. I’ve learned that children are capable of loving any person, they see everyone as human and nothing less. I’ve seen the trials that come from being born black and I’ve come to understand the blessings of being white. My eyes have been opened to what the world looks like from a view that is very different from the one that I’ve always seen. I’ve learned the importance of educating my children and raising them to be kind and accepting of everyone. I’ve built relationships with others that have this same view of the world, the one where you’re white trying to understand how to raise black children in a world that doesn’t always see them the way that you do.

I get questions sometimes about whether or not the struggle was worth it and the answer is yes. Love, the right kind of love, from both partners is always worth the struggle. My life is full of more beauty than anything else and this is just another part to navigate. Yes I wonder sometimes if I’m qualified to meet my children where they are in their struggles as time goes on and they experience things that I will never understand but when you love someone they way I love them, you’ll figure it out. So while I’m white and will never truly understand what it means to be black, I’m sure trying and that is a start. The world becomes a better place with every person that is simply doing their best to try to understand and extend love to all they come in contact with. Diversity is beautiful, Love is beautiful and what we’ve built between the two of us, the life that we’ve created that includes them, it’s beautiful. 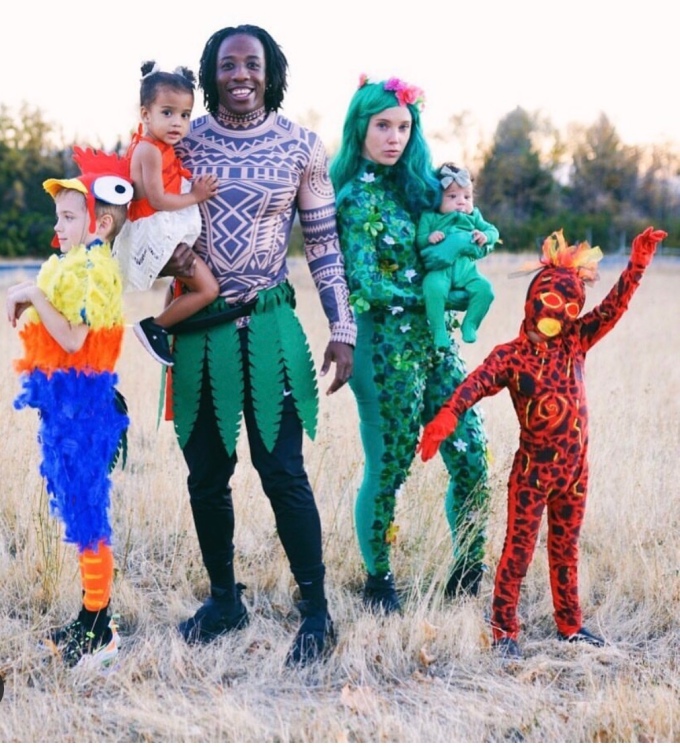 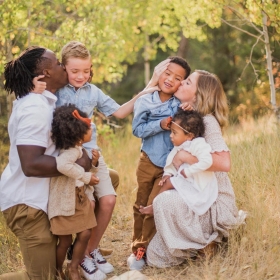 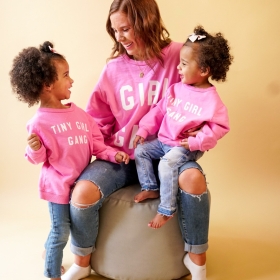 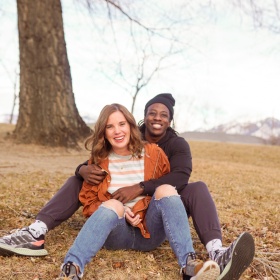 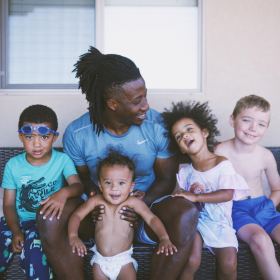 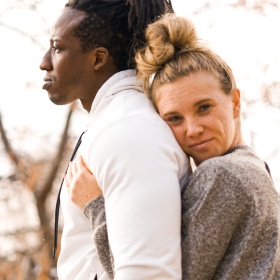 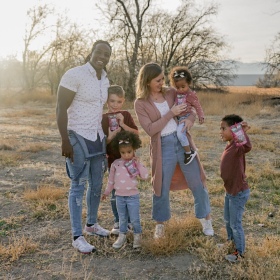 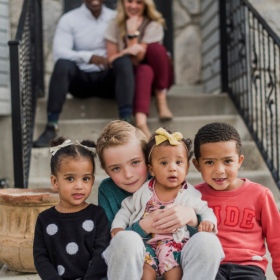 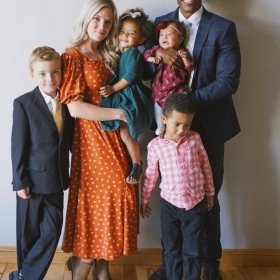